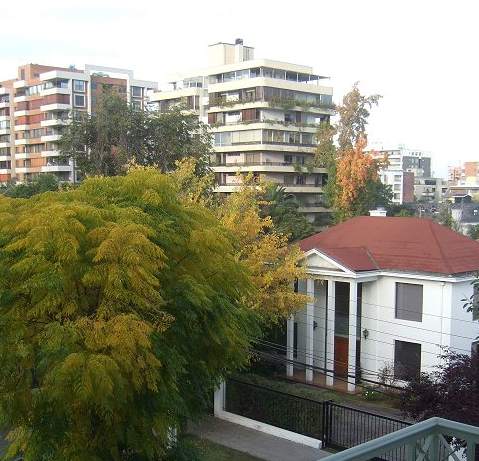 The junior partner is Patricia Contreras Torres, who is also a painter exhibiting in Chile, England and the USA.

The senior partner is Colin John Holcombe, whose varied life spans four careers. In the first he was an exploration geologist working in Iran, Afghanistan, Morocco, Indonesia, Malaysia, Bolivia and Chile. In the second he became a corporate high-flyer, managing research and company acquisitions for the world's second-largest mining company, being in turn elected to Fellowships of the Institution of Mining and Metallurgy and the Geological Society of London. He then became a technical writer, supporting himself with typesetting, international numismatics (ancient and Asian issues) and computer programming (helped program the world's largest online gambling site).

In his fourth existence he became much involved in the UK literary scene, acting as editor and events organizer and publishing his poems in the better-known small presses of the UK and USA. He currently writes and manages a varied range of successful websites. Ecommerce Digest.Com offers a complete course in ebusiness, and formerly sold an e-book to 60 countries. Poetry Portal and PoetryMagic are now closed, but TextEtc.Com is widely listed on university, educational and literary sites. Oil-Painting-Techniques.Com is a popular and detailed guide to painting in oils. Coinlands.com places numismatics in its larger context of money and society.


I’m sometimes asked why Ocaso Press doesn't issue traditional books, or make use of the reputable publishing houses, academic and commercial. The short answer is independence, the freedom to write as I want — and, more importantly, not write what I don't want to write —  but let me start with an anecdote.

Many years ago, when the New Formalists were becoming known, I submitted work to their main publishing outlet. In fact I sent many batches of poems over several years, but received the usual the editor regrets . . . In the end I had only apprenticeship work left, those sweat-stained products authors come to detest in later life. Up to this point in submissions, moreover, I’d hoped the work would speak for itself, but this time, to the four rather bad poems sent, I added a note on my publishing history. Unfortunately, I also added a truly awful piece, one I’d cobbled together to make the customary batch of five. Older poets will know what happened. The worst poem was accepted for publication. At first I was intensely annoyed, at my own stupidity, and at the magazine for its obvious spite. But over the months that followed, when I’d read much more widely, I realized that the magazine had not been spiteful at all, but had simply done its hapless best. Most editors — and I speak now with some experience of the matter — are overworked, have limited reading skills and must respect the current fads. Representation in the leading small presses, which all new poets are advised to go for, was perhaps not worth too much.

That is the melancholy truth I have come to accept, not only with respect to the small presses, but the poetry world in general. The young man who was never without his poetry volumes, even on the toughest assignments —  who else in Iran, I wonder, had two copies of Pound's Cantos, one for field use and one for comfortable reading in Tehran, or read his Chinese authors in the rain-drenched depths of the Indonesian jungles? — has come to see a theory-laden competence displace what was honest, exciting and accomplished. Applied theory has replaced literary criticism in academia, and literary criticism in the small presses has been replaced by unabashed marketing. Within those limits, of course, the work is very accomplished, but these are only the rules by which the game is played: the aim is subject and career advancement. Publications, workshops and newspaper articles tell the same story: a wealth of attention is being lavished on what often amounts to very little, where passages of incompetence by leading names attract such a wealth of adroit justification that academia is in danger of forgetting its larger role and becoming an end in itself.

Standards have fallen even further now, and, for reasons outlined on this site, the literary standards of my youth seem strangely utopian. Eloquence, memorability, exacting potency of phrase, and a dozen other characteristics of literary excellence have disappeared, as readers may see for themselves by comparing the simple translations on this site with the unlovely productions issuing from the large publishing houses. The better work has not simply disappeared, but gone unacknowledged, with no real apprehension of the loss, as though Ezra Pound (for all his faults) had not remarked a century ago that a community that does not celebrate writing at its highest pitch is not one worth belonging to.

No doubt the academic world believes otherwise, but its papers, fascinating and well written as they generally are, have little to say on literary quality, if indeed such a term is still recognised. The small presses are consistently laudatory, but are as faction-bound and self-limiting as anything else. And if a lot of money in grants and donations is being used to promote contemporary poetry, it is to little effect. The public cannot be bullied into admiring what it sees nothing in, and readership is falling away.

So, to return to the opening question: Academic publishers are not open to Ocaso Press because I’m not an academic, have never been an academic, and, given the parlous state of academia today, am heartily glad I didn’t become one. Furthermore, credentials come first in academic publishing, which means that, if you’re a recognized French authority, an academic publisher may well bring out your French poetry translations, provided there exists a real gap in the market, but probably not the poetry you've translated from Sanskrit or Russian. Academic prudence insists you stay within your area of specialization. You will also have to submit to peer review, which brings safety but also a certain sameness of approach, with the usual squabbles over who is to write the Introduction.

Why not use the small presses? Because they bring little status and no money. Book sales and magazine circulations are a small fraction of the web traffic here on Ocaso Press. Small press reputations are now rather suspect, moreover, and the author will still find himself bound by the styles and traditions associated with that particular outlet.

Why not use the mainstream publishing houses who bring out the ‘big names’? For two reasons. First, the 'big names' have to continually turn out a marketable product, a certain style or theme that is demonstrably theirs — essential for sales but nonetheless restricting. Even non-fiction writers will find publishers want more of the same, to develop the market niche created. The second reason is obvious. I do not have a big name, am most disinclined to follow current styles to achieve a thin semblance of propriety, and would even then be selling through today’s reviewing system, which is a good deal less than honest. Serious poetry, to use the title of a salutary but depressing book on postwar British fiction, has become a ‘vain conceit’. As always in a varied if overcrowded field, there are honourable exceptions, but not, alas, as many as one would like.

Electronic publication is surely the way to go. Books can be issued free of charge. The author is wholly in control. Odd typos and errors get through, but corrections are easily made. Very often, looking back on work of previous years, the author finds a better way of putting things, and readers will notice that many Ocaso Press ebooks carry the date of the last revision.

But how did all this happen? My own wake-up call dates to some thirty-five years ago, when I was still a corporate high-flyer but also attending poetry workshops and submitting the odd poem for publication. The workshop in question was run by a London-domiciled American poet, well known and respected, and we were discussing preferred formats when an elderly gentleman rose to his feet and wanted to know what this new poetry was about. What was it trying to do? It sure wasn’t like the stuff he’d learned at school.  Our convener did his best, but was hardly convincing, to the questioner who left the group and never reappeared, or to me, mulling these questions over as I took the train home. We should surely have a reasonably clear idea of what we were trying to do, I thought, and continued to think, as I raised the matter with poets in other workshops over the months that followed. I have to say that no one really seemed to know, or perhaps even to care very much. Modern poetry was a matter of faith, like religion or politics, where facts were fitted round preconceptions. More than that I didn't have the time to explore. Eventually I left the  corporate world, and was then occupied in getting my own businesses off the ground, though I continued reading and attending workshops.

Gradually the poetry world came into focus. My role in RTZ had been one of asking the hard questions and coming up with sound proposals. Literary criticism was different. Often there was no take home message to be had. Worse still, my readings in aesthetics etc. began to show that the Modernists had possessed only the haziest notion of what they were about. Reviewing was more politics than sensibility, and the blind were demonstrably leading the blind in the usual name dropping and significance. Literary articles still made enjoyable reading, of course, but had I left matters in the corporate world so ill-defined there would have been an immediate phone call. What was my report saying exactly? And what was I proposing we do?

That business approach seems to have served me well through the years following when I read and made notes on many hundreds of books and articles dealing with aesthetics, literary theory, science and philosophy generally — notes which I eventually made into webpages on Textetc.com. To my surprise the site quickly shot to first place on Google for poetry craft and other keywords, and still seems a favourite with schools and colleges.

Some of that matter, recast and updated, appears on Ocaso Press — notably the ebooks on Critical Theory and Verse Writing — but this site is really for literary work, plus articles that take the first enquiry further. Recently, I've added brief surveys on the founders of Modernism, coming to conclusions that are very unwelcome. Or at least they are to me. I grew up with Modernism, to which I was much committed, though remaining ignorant of the many problems and issues that a balanced examination yields. These issues seem increasing relevant now that poetry is losing its broader public. As business studies emphasise: there are companies that continually rethink their strategies, and there are companies that go out of business. Contemporary poetry is in danger of falling into the second group.

The above is only background, what distinguishes Ocaso Press from other small presses. Most readers may simply like to know that the work here is written to older standards, and attempts, above all, to make enjoyable reading.  Ocaso Press can be contacted by email on ppm_editor@litlangs.com or as below. A little more about me can be found on http://www.cjholcombe.com .