All translations are issued as free pdf ebooks that can be read on screens and tablets as small as seven inches. Click on cover illustrations to be taken to the introduction and download page. 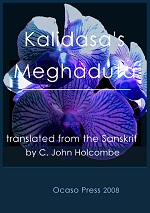 KALIDASA'S MEGHADUTA TRANSLATION
The Cloud Messenger is a masterpiece of Sanskrit literature, and was composed by the court poet Kalidasa some time before AD 634 in northern India. A Yaksha or nature deity begs a passing cloud to carry a message across the subcontinent to his grieving consort in the fabled city of Alaká. Under this fiction, Kalidasa presents a sympathetic portrait of northern India, and weaves in the various moods of love traditional in classical Sanskrit poetry. The version here is taken from the standard 1912 Hultzsch text, and employs accomplished English verse to render the simple magnificence of the original while remaining faithful to the meaning. 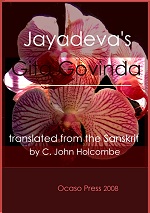 JAYADEVA'S GITA GOVINDA TRANSLATION
The Gita Govinda is a cycle of Sanskrit songs, commentaries and invocations that depict Krishna's courtship of the cowherdess Radha. The text was added to temple inscriptions, set to music, choreographed for dance, and studied as a religious text. Countless poems, recitations, songs and dances point to its continuing popularity. With frank lyricism, the Gita Govinda explored the many aspects of passion, from first awakening through fierce regrets and jealousies to the rapture and contentment of bodily possession. On one level it narrates the loves of Radha and Krishna as simple cowherds, but the poem also celebrates nature's regeneration through sexual congress, the interplay of the human and divine, and the profound mystery of erotic experience. 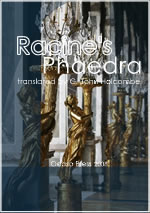 RACINE'S PHAEDRA
Phaedra is Racine's best known play , was performed in 1677, when Jean Racine had nine plays to his credit, but was poorly received, causing the writer to retire to marriage and a court position. With a character described as voluptuous, uneasy and jealous, Jean Racine was an ambitious courtier, an astute businessman, and a frequenter of actresses, but he was also a childhood believer in the Jansenist doctrine that man is a miserable creature saved only by God's grace. 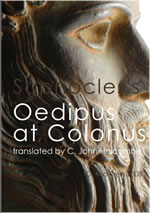 SOPHOCLES' OEDIPUS AT COLONUS
Oedipus at Colonus was the last play Sophocles wrote, and was not performed until BC 401, four years after his death. Oedipus comes to Colonus as a defeated man, but grows in stature as he recognizes the old prophecies are coming true. The play is not realistic in our sense of the word, but has a taut dialogue interwoven with passages of poetry, music, singing and probably dance. 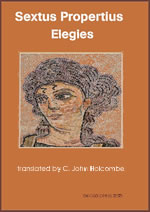 SEXTUS PROPERTIUS ELEGIES
Sextus Propertius was born around 50 BC, probably near Assisi in Umbria, and seems to have been dead by 2 BC. His family were well-to-do farmers who lost land after the Perusine War, but neither the confiscation of estates nor the early death of Propertius's father reduced its equestrian standing. Money was found to send the young man to study law in Rome, where he won a literary reputation with startling ease. 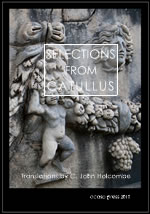 SELECTIONS FROM CATULLUS
Catullus belonged to the 'neoteroi' or new Roman poets drawing inspiration and technique from Alexandrian Greek models. The 114 poems extant derive from a single manuscript, and are very mixed, ranging from the witty, brilliant and moving, to the indifferent and unnecessarily obscene. Their arrangement seems an editorial convenience. The first 60 are lyrics in various meters. Poems 61-4 are long pieces modelled on those of the learned Greek scholar-poets of Alexandria. Poems 65-116 are in the elegiac metre but epigrams, i.e. short poems on a wide variety of topic. This collection covers two thirds of the text from all three sections. 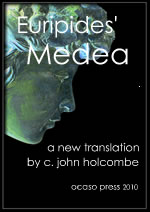 EURIPIDES' MEDEA
Medea, one of Euripides' masterpieces, was put on in 431 BC, together with his Philoctetes, Dictys and The Reapers, but won only third prize, losing out to work by Euphorion and Sophocles. The Medea legend was well known to Greek audiences. After the voyage of the Argonaughts, and the dangers which love-smitten princess helped him escape, Jason married Medea and brought her to Iolchus and then Corinth. Here, though she had borne him two sons, Jason threw Medea over for Glauce, the daughter of Creon, King of Corinth. The repudiated wife plotted revenge, and, as the play opens, faces exile for speaking against the royal house. 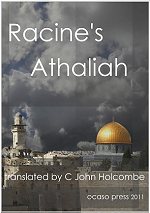 RACINE'S ATHALIAH
Athaliah was written for private performance at court, and has something of the gloom and piety that marked the later years of the Sun King's reign. It was staged in 1691 by the convent girls at St Cyr, and so belongs to the period between the Counter-Reformation and the grand operas of the following century. 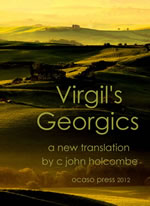 VIRGIL'S GEORGICS
Called by Dryden the best poem of Rome's best poet, the Georgics combines agricultural instruction, political reflection, country lore, mythology and allegory. Its appeal, at the time and ever since, has been its poetry, that unique fusion of beauty and expressiveness. Virgil's style exhibits an extraordinary ear for texture, felicity of phrasing, movement, imagery, and metrical subtlety and combines these with great literary tact. 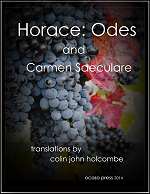 ODES OF HORACE
Other Roman poets, notably Plautus and Catullus, had imitated the Greek lyric verse forms, but no one before had used them so widely or successfully.
Horace adapted the forms for the social life of Augustan Rome, and his Odes were not generally on ambitious themes: no epics or extended disquisitions, but 'occasional poems' on friendship, love, conviviality, patriotism, morality and day-to-day incidents, all treated with a wise and slightly self-deprecating modesty that Horace made his own. 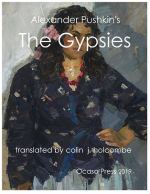 PUSHKIN'S GYPSIES
This 600-line poem is the last and most popular of Pushkin's southern cycle of romantic narrative poems.
The translation faithfully reproduces Pushkin's rhyme schemes, and includes a facing Russian text. The ebook also has a substantial Introduction, a References and Resources section, plus an Appendix that gives Pushkin's prosody and a word-for-word literal translation. 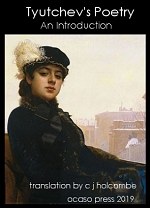 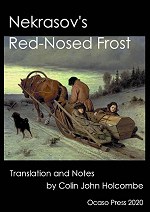 NEKRASOV'S RED-NOSED FROST
At his best, Nekrásov is incomparable, writing with intense humanity, often with biting satire and savage invective. He was also able to incorporate colloquialisms and slang into his verse, compose in loose ternary measures, and carry off such incongruous matters quite naturally. This edition of Red-Nosed Frost is the first full English translation since Julia Soskice's rendering of 1929. The free pdf ebook contains an Introduction, Biography, a literal version, full Russian prosody, notes and references.. 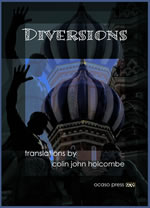 DIVERSIONS
With over thirty poems from nine languages, this free ebook is both an handy compilation of some of the world's most famous poetry, and an introduction to the translator's art. Most pieces are faithful renderings, reproducing the form, content and rhyme schemes of the original. Each poem is accompanied by notes on the literary conventions of the time, help on unfamiliar words and allusions, and a summary of the challenges the form presents to reproduction in English.