The Land of Gold: A Novel 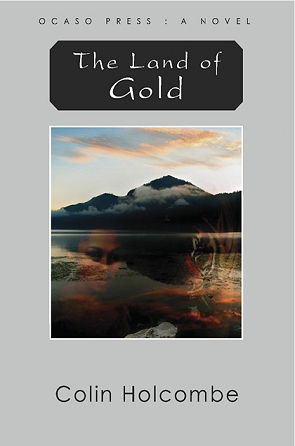 If an island paradise existed anywhere, it was surely in the Indonesian island of Mapura, where Peter Henshall joins the first Europeans to enter a country abandoned by the Dutch some thirty years before.

Henshall has no time for his fellow explorers, but the alluring figure of Hartini Sujono, a local nightclub singer, is sufficient to draw him on into the web of danger and deceit. Mapura is not the land of gold, she tells him, but the land of shadows, and gradually the consequences of past horrors begin to emerge: the brutal Japanese invasion, and the blood-letting of the 1965 abortive communist coup, in which thousands perished throughout the archipelago.

Deep in the interior lies the forbidding mine of Tambang Surga, where a large gold consignment lies buried in underground workings. His associates help, confuse and hinder Henshall in his attempts to mount a proper search for the lost millions. Even Hartini, he comes to realize, is no less a shadow puppet controlled by outside forces than Henshall himself becomes.


The path was largely dry, leaving no footprints, and they could follow it easily as it climbed the side of the valley and began to loop in switchbacks up the steep mountain flank. Laila was bearing up well, and it was Henshall who slipped occasionally now, or caught his hair in overhanging foliage, but he refused to slacken his pace, looking continually at his watch and pulling a face at their progress. ‘Certainly taking time.’

‘There’s nothing to shoot here, and no fire to cook it. Besides, I don’t think we want to advertise our whereabouts.’

The woman nodded, and after a ten-minute stop they started off again. Two miles on, the path began to level out, but the mountains still towered above them. The slopes steepened, and there were sections of bare rock, collecting sometimes into short cliffs and gullies, but the path was dry and not slippery, a border of shrubs and rattan protecting them from the adjoining drop. Occasionally they stopped, and could see far below them the river twist and foam in its bouldery course. The afternoon was almost spent now, and great shadows filled the gorge, adding to the gloom of the place. But the two still pressed on until the path ended in a sheet of water.

‘That’s it for today,’ said Henshall. ‘We’ll find a place to sleep.’

They walked back and found a small thicket where, half supported by the dead foliage, they lay down and tried to sleep. Henshall’s arm throbbed, and all his joints ached and protested, but he slept, some of the night, though the dawn took forever to arrive. Whether Laila had slept he didn’t know, but she was wide-awake at first light when they left to reconnoitre the fall.

It seemed unlikely the path went under, but there was no hint of a sidetrack. The two ventured to the water’s edge, and Henshall breasted the untidy curtain of water and slipped in. There was a cavern behind the fall, he told Laila, and the two made their way past the corrugated sheet of water. Once through to the far side they were out into the morning air and again climbing the spray-drenched path that scaled the far side of the gorge. In places they were only two hundred yards from the previous day’s route, and it was overlooking this, at one of their half-hourly stops, that Laila drew Henshall’s attention to the movement opposite. They counted four soldiers, and what was probably a guide in front. ‘Three hours’, said Henshall grimly, when they were safely past. ‘That’s all the head start we have now.’

‘Ah so’, said the woman, and got immediately to her feet, setting a pace that Henshall found hard to follow. But he made an effort, and the two were soon half walking, half running up the narrow path that zigzagged out of the gorge. They pressed on for another hour, when Henshall pointed to a small thicket on the slope above them. Here they waited, hidden in the undergrowth. ‘Give it another hour’, whispered Henshall. ‘Maybe they’ve turned back at the fall.’

‘If no see tracks’, said Laila.

‘If the guide doesn’t let on.’

The hour came and went. They waited a while longer, glad of the rest, and then cautiously de-scended to the track and continued their journey. What he looked like, Henshall could only imagine, but Laila was clearly all in. She stumbled along, her clothes torn into open rents. ‘Number one girl?’  she asked. ‘You’re doing well, Laila. Not many field hands would have kept up this pace.’ The woman looked at him, and Henshall realized she was trembling with fatigue, the eyes not focusing properly. He felt strange himself. The arm throbbed even more, and there was a dull pain around his cheeks and temple. Pray god it’s not a fever, he thought.

‘If you like we could stop for the night,’ he said, ‘though it would be best to go on. If we can get to the watershed tonight then tomorrow will be all downhill. Difficult but easier than today.’

‘Only we’re going to be tired, and half-starved, and probably careless. But we ought to get to the top tonight if we can.’

The woman scrambled awkwardly to her feet, helped Henshall up, and the two resumed their climb. It grew colder and gloomier as the evening came on, but still the path looped onward, some-times flattening out for a while, and then steepen-ing again. Henshall glanced at his watch, shaking his head. ‘That’s it,’ he called out at last, ‘we’ll finish the climb tomorrow.’

Henshall slowly climbed the last few yards and found Laila gazing out over a vast expanse of jun-gle that lay steeped in the last glints of twilight. From here the path sloped downwards, through ravines and waterfalls, which they would cross tomorrow, past limestone cliffs that threw great shadows over the jungle flats, but through it, somewhere over there, as Henshall knew on checking the compass reading, was the logging camp and a place of safety. Smiling with relief, Henshall turned round to Laila, and saw the woman staring at him in horror.