Ocaso Press Ltda. provides translations, guides, theatre scripts, articles and poetry of recognized literary quality to schools, universities and discriminating readers across the English-speaking world. Many have been translated into other languages, European and non-European.

All material is free, and pdf ebooks can be read on tablets with screens as small as seven inches. Some 35,000 ebooks are downloaded annually from the Ocaso website. 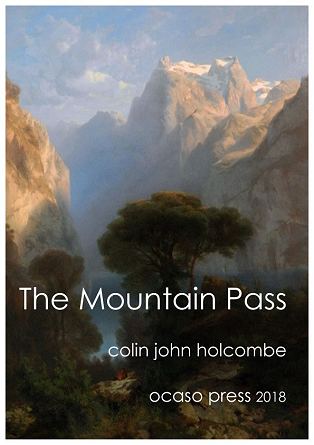 Of special note are four guides published by Ocaso Press Ltda. All are extensive, free, up-to-date and copiously referenced — to help poets get their work written and published: on writing poetry, literary criticism, literary theory and publishing opportunities. For simple entertainment, Ocaso Press also publishes three free free novels, and diverse volumes of poetry: the author practises what he preaches.

Ocaso Press is not anti-Modernist — very far from it — but does contend that many of today's poetry styles are restricting and wrong-headed. Theory has replaced appreciation, with works being valued more for what can be read into them than any literary qualities they may possess. Important aspects of literature — sensibility, generous tastes, wide experience — have been subverted by speculative model-building.

The Romantics sought new areas of feeling — in the past, wild landscapes, the hallucinations of drugs. The Symbolists cultivated unusual states of mind with a fluid and often musical allusiveness. Imagists pared down poetry to a few striking pictures. The Futurists were stridently iconoclastic. Dadaists and Surrealists extended the irrational. The Modernists turned themselves into an exclusive caste — since taken over by academia — who intellectualised their superiority over the conventional majority. Postmodernists have retreated further, and claimed that poems exist — and perhaps even reality itself — only in the words themselves.

In contrast, Ocaso Press returns literature to its original intentions, which is to give us a meaningful and sense-laden impression of our lives. A key element in poetry is verse, both formal and free verse styles. Like all art forms, verse is artificial, but nonetheless gives structure to lines, and liberates words from their everyday uses and connotations. Words for poets have special meanings, appropriate uses, associations, connotations, etymologies, histories of use and misuse, moreover. Out of these properties the poetry is built, even if the end cannot be entirely foreseen but grows out of the very process of deployment, that continual, two-way dialogue between writer and poem.

Perhaps encouraged by the flexibility of today's cut-up prose, the great majority of academics and college students have only the most rudimentary ear for verse of any description. And if that's an extraordinary situation, it is one repeated in many of the experimental arts where the critical theory is abstruse and taxing but often produces something prosaic in the extreme. The craft aspect is entirely overlooked, though it must be self evident that trying to write poetry without developing an ear for verse is akin to writing an opera while remaining ignorant of music.

Amateur and serious poems have become markedly different entities, and there is little work that bridges the gap and combines the themes of one with the intelligence and wide reading of the other. Matters are happily different in painting, however, where the traditional work marketed by leading galleries still displays genuine gifts, sensibilities and sound technique. That work sells to art lovers because their taste has been formed by thousands of delighted hours spent in galleries, exhibitions and painting classes — i.e. by an informed love of painting rather than a desire for acquisition or status. Being genuine, that taste is also less susceptible to the promotional word-spinning of contemporary art-critics, necessary though those promotions may be for reputations and prices. Readers familiar with magazines like 'International Artist' (www.internationalartist.com) will know what is meant by traditional standards, where work is show-cased by demonstration and clear prose.

In short, Ocaso Press applauds and exemplifies the great expansion that Modernism has enabled  — in styles and content —  but wants that expansion maintained, not closed off into self-admiring cliques created by the poetry establishment's need to be ever more radical.

The guides adopt balanced positions of contentious issues, and are often more detailed — replete with examples, arguments and references — than books offered by the commercial and academic presses.

The novels are simply entertainment.

The poem collections employ strict and free verse styles, but don't shy away from the 'grand narratives' that Post-modernism has abandoned. Many deal with important issues, therefore, and behind even the verse tales is the extensive research that any decent historical novelist will undertake.

Translations are literary rather than academic, but are generally close to the prose sense, often indeed line for line. By employing traditional verse skills they aim to give some indication of the splendours of the original works, and make the translations worth reading in their own right. All ebooks are informed by a wide reading in the relevant scholarship, and — where feasible (in French, Russian and Latin, but not Greek or Sanskrit) — provide facing texts.