All collections are issued as free pdf ebooks that can be read on screens and tablets as small as seven inches. Click on cover illustrations to be taken to the introduction and download page.

Please note that Small Talk, The Nutcracker, Julius Caesar, Planet Earth and Aries Rising collections have been withdrawn, and a few of their poems transferred to A Book of Places. 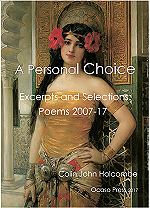 Poems and excerpts from all collections, grouped so as to provide some continuity to enjoyable reading through themes that progress from childhood through love in its all its forms, to society, travel, history, the miseries of war and oppression to the thoughts that close off our human existence. 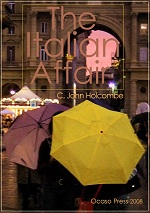 Nicholas's affair with the captivating Clare is not progressing well. In fact it's not progressing at all, despite a summer holiday together in Italy where they do all that could be expected of a well-bred and cultivated couple: tour around, visit galleries and churches, follow up invitations and dine out in romantic settings. 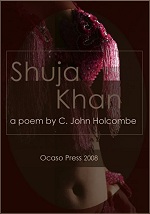 Shuja Khan and his Toba princess are fictions rooted in historical fact. When the story opens in 690 A.H.( A.D. 1290), the Mongol conquests initiated by Genghiz Khan have been extended and consolidated by his extensive family. Local wars are common, and neither the Golden Horde nor the Chaghatayids pay much attention to the Chinese ruler. 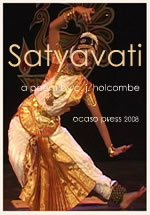 Like Fitzgerald's Rubaiyat, the fictional story of Satyavati derives from many sources — in this case the popular romances of pre-Mogul India. The speaker is Hushang ibn Dilawar, ruler of the small sultanate of Malwa in what is now Madhya Pradesh in north-central India. 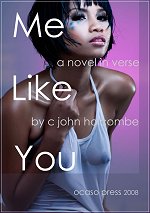 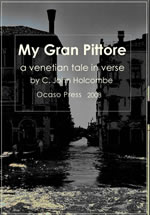 Venice at the height of her glory, and celebrated above all in the canvases of Veronese. But what has happened to that altarpiece commissioned from him, the one modeled on a child he had of the courtesan Antonia Schiavoni? 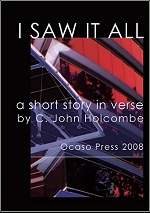 I SAW IT ALL

In this tale for our times, where the Civil Service has become a political machine, an ambitious young protégé of Tony Blair's finesses the concept of 'spin' and does his master's bidding through the Whitehall corridors of power. 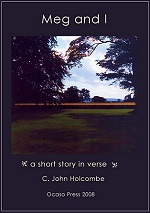 A depiction of the east Anglian countryside in her various moods and seasons, but also a tale of commercial adventure as young Robbie and his sweetheart Meg struggle to make a go of their butterfly farm in the depths of an abandoned market-gardening estate.

All writers have their jealous but inconstant muses, and here the mocking spirit flits across the English countryside and through the generations of a family that traces itself to holdings in the west country long before the Normans came. 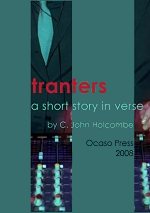 The whole lot of them were chancers, good-natured philanderers who take up various trades in London but who never settle, being always attracted to women and their mysterious ways. But Charlie Tranter does settle, and balances family life with innumerable affairs, until he gets into one scrape too many. 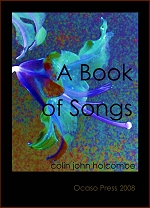 A BOOK OF SONGS

An old-fashioned book of poetry: thirty poems on love in its various aspects and manifestations. This short collection demonstrates what Modernism denies, that traditional poetry may create pieces of memorable beauty while not shunning contemporary issues and themes. 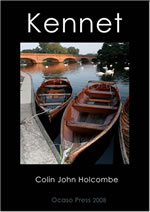 A countryside romance set in the Berkshire Downlands. A lawyer's son falls for the daughter of a local landowner. Not a comment on social manners so much a depiction of early love and its steadying and warming influence on the young man's later marriage and successful farming. 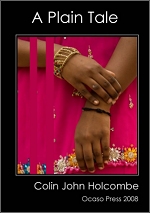 A plain tale from the Indian hills. George Phelan follows in his father's footsteps to India, via the usual route of the English ruling classes: public school, Oxford and the India Office. His father's ideal of public service clashes with the sensual nature of Indian life, and he is drawn to local girls and frank eroticism of Tamil literature. 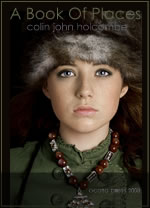 A BOOK OF PLACES

The hundred-odd poems include work from other collections, and now take the reader through various settings in London and southern England to Iran and north Africa, to south-east Asia and Oceania, back to Europe and thence to Latin America. 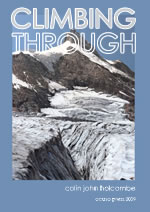 Life changes for Davie when he stalls on a challenging ascent and is written off as a competent climber. True, he marries his girlfriend Deborah and they have a child together, with another expected soon, but the sense of failure eats into his character, turning the natural leader into a silent introvert continually brooding on what went wrong. 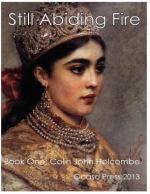 THAT STILL ABIDING FIRE: ONE

That Still Abiding Fire is modeled on Dante's Divine Comedy, and also uses the terza rima form that generates terse expressiveness if handled correctly. The first book evokes the splendors and miseries of love, with each form personified by famous lovers. 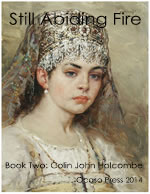 This second book of the series deals with the miseries of war and civil unrest. The view of human nature here is very dark, but needed to contrast the happier outlooks of books one and three. 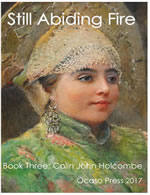 In this third and final book of That Still Abiding Fire the focus is on artists of all descriptions. As before, the sections are built around characters, some actual and some fictional, but all telling of real events. 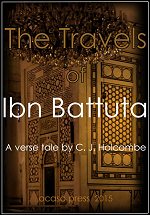 Ibn Battuta’s rihla is a typical document of the period, packed with details that would interest his educated contemporaries, but remaining silent on the conduct and concerns of other classes. So while this poem follows the broad itinerary of Ibn Battuta’s travels, its flavour, thoughts and intimate details are very much my creation. 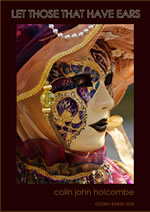 LET THOSE THAT HAVE EARS

A contemporary morality tale in which an amateur singer falls for a another member of the choir, until the affair is brought to an end by a viral infection that leaves him partially deaf in both ears. A punishment for sinning against his wedding vows? 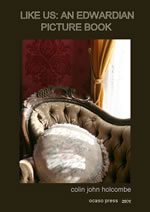 Each of these hundred linked sonnets presents a vignette of some aspect of the war through the eyes of its participants, mixing contemporary accounts with modern views on its causes, consequences and lasting repercussions. The collection ends with a meditation on time and altered perspectives.

SOME OTHER PERSON COLLECTION OF POEMS

Fifty locales of the United Kingdom recreated by their particular geographies, associations and history — the small and nondescript, the grand country houses, new towns and old, unpeopled moorlands and industrial belts, the scenes of past splendour and the small, homely scenes that retain our childhood affections. 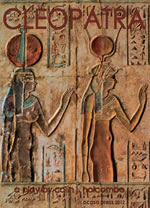 The play opens in 41 BC, when Antony and Octavian share the rulership of the Roman world with the third triumvir, the inoffensive Lepidus. Antony is tasked with bringing order to the eastern provinces, and creating some defence against marauding Parthian horsemen who regularly invade Syria. 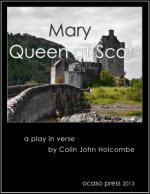 A play in verse that brings to life the turmoil of Mary Stewart's last years in Scotland. Though she had arguably the greater claim on the English throne, Mary had none of the political cunning, the dissimulation, or the ruthlessness needed for such difficult times. 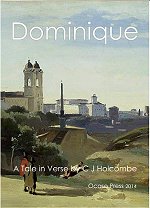 Eugène Fromentin was that most unusual of creatures: a successful genre painter exhibiting regularly at the Salon, and a prose stylist of the first order. He wrote only four books, but all were accomplished, Dominique being warmly praised by the likes of Flaubert, George Sands, Gautier and Sainte-Beuve. 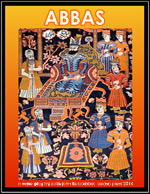 Shah Abbas opens in 1593 at Qazvin, the early Safavid capital of Iran. Thereafter the scene shifts between the courts of Iran, Spain, Hungary and England, to close in 1658, when the widow of Sir Robert Sherley has the remains of her husband removed interred in Rome. 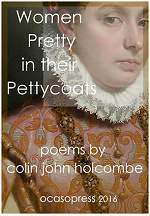 WOMEN PRETTY IN THEIR PETTICOATS

Very traditional re-renderings of the Hesperides in modern dress, where I have tried to write something different, ringing the changes  on conventional themes by re-echoing rhyme and imagery through these song-like pieces. 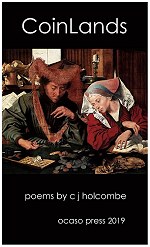 Coins represent their cultural and historic setting, and these are poems that develop that setting further by saying more than the bare facts warrant. They draw on the early work of Geoffrey Hill, with its broken rhythms and white-space patterning, but, unlike his poems, both start and end with material circumstances. 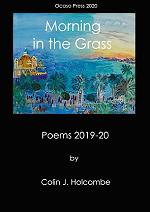 MORNING IN THE GRASS

A sentimental education through the memories and repentances that accumulate over the years to everyone. Each of the forty poems addresses some debt to feminine tutulage that common sense must acknowledge. 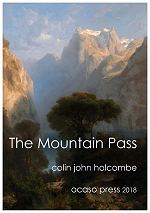 The Mountain Pass is a leave-taking, on life and on poetry. The unrealised hopes of youth, the mediating experiences of middle age and now the sharpening perspectives of friends and places that have already passed over are settling into the outlines of a strange finality.