A countryside romance set in the Berkshire Downlands.


A lawyer's son falls for the daughter of a local landowner, and goes abroad to earn the money to set himself up in farming. She is destined elsewhere, however, and, though returning his feelings, the girl eventually marries into her own class. Not a comment on social manners so much a depiction of early love and its steadying and warming influence on the young man's later marriage and successful farming. 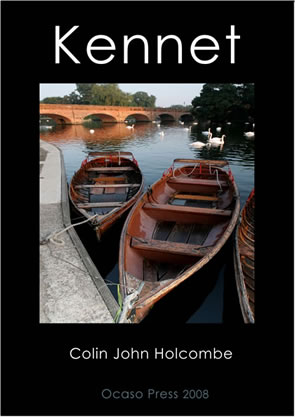 Here are descriptions of the English countryside in its summer splendour, the old rituals of landed families and the stunted landscapes of the Sahel Life in which the hero earns his money for the marriage that is not to be. Above all, the focus is in the rural communities of England, with their manners appropriate to class, and the long traditions that reach back over the centuries.

It's class with class and they are always riding
horse with horse across the stubble striding,
and I was one of them by sovereign choice
of girls and family and Emily,
but in that fellowship I had no voice
but on approval only, courtesy
of Peter Davenport and no one else.
I had the run of manor house and farm,
I knew their history and each crossing place
from old security to threatened harm.
I knew each lineament and chiselled face
upon their chapel walls, each plaque and urn,
how long the centuries that don't return.

And so we'd sit there, she and I
and watch the evening splendor slowly die,
but here most beautiful where setting sun
slants through the high lead windows, phosphoresces
on pew or lectern as the thread's undone
that links the family as day progresses
to squire and baronet and county earls
beyond the taproom girl and surly poor.
All have their entrances: the exits weave
their light steps quickly on the dust before
they too, dancing, bow and take their leave.
Old graves, new headstones, and the springtime's flowers
recalled but briefly what each life devours.

How many sleeping in this musty air
of quiet desuetude knew springtime there?
How many bodies yearning took on trust
those confidences uttered in a voice,
which once was reassuring, now is dust.
Do generations pass but still rejoice
in some such Michelmass or Whitsuntide?
And does the laughter and the bitter wrong,
the summer sunshine and the silent tears
pass on to nothing but an empty song
that stirs occasionally but with the years
moves on and fades as daylight on the wane
that floods, exults and drains from window-pane?

The bust of marble and the shadowed grace
in eyes that smiling inward saw a face
still looking at them, musing, in itself
not sad or haunted but in time betrayed
by mundane circumstances that mere wealth
or beauty's aura have not much delayed.
All had their moment, took it, watched it pass
as time moved forward: slowly, on each spoke
the tiny figures gestured, danced about
as though eternal till the instant broke:
a flare, a glittering, then guttered out.
Life is a continuum and on this floor
the pattern will be now as was before.