A plain tale from the Indian hills. George Phelan follows in his father's footsteps to India, via the usual route of the English ruling classes: public school, Oxford and the India Office. His accomplishments mark him off from the normal run, but he's also sensitive enough to see through the hypocrisies of the English Raj and want something more authentic and helpful to the subcontinent. 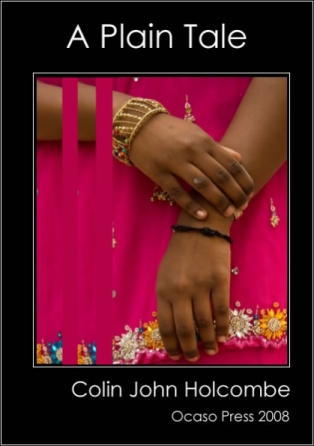 His father's ideal of public service clashes with the sensual nature of Indian life, and he is drawn to local girls and frank eroticism of Tamil literature. He disciplines and remakes himself as an agricultural specialist, but the old longings keep him from following the expected route of expatriate marriage and local governance.

Finally, late in life, he takes the plunge and, to the consternation of colleagues, finds himself a mistress, who soon runs through his money but gives him what he has always wanted, a view of India through its inhabitants. Released from adolescence longings, Phelan sees both the old and new, before settling with an attractive divorcee and returning to England a saner man.

Excerpt of the Poem

I went to Hereford, a pretty town
where hills and hedge-crossed countryside look down
on level windings of the Wye. Four years
I studied there. Scholastically at least
did well enough, though not with social peers
where differences between us much increased:
the girls seemed pallid and my friends too young.
I thought of India with its fervid heats,
the creaking trishaw, oxen, laughing wives.
It all was different here, the rainy streets,
the chill propriety, the little lives
held in by Sundays and faint Christmas cheer
that comes, and tardily, but once a year.

Perhaps my attitude was most to blame:
it takes some time to settle, be the same
as every Tom or Dick or Harry. I
was all too clearly cut from costlier stuff,
a manager of men, who didn't lie
and didn't cheat, or mix in with the rough
and tumble that is normal life. You'd think
an overseer's post is what I'd take
at some old manor farm, baronial seat
well stocked with pheasant woods and villa'd lake;
a place where farming new and old could meet.
It's true I made enquiries, but the thought
of Raj decorum ruled it out of court.

I wanted something seamier, with more accord
to truth, and wired my father, then abroad.
My advice to you, he wrote, is go elsewhere
before the lure of India taints the blood:
if that's impossible, then have a care,
remember poverty, the flies, the mud:
besides, our rulership is not to last.
I thought of women with their nose-piece gold,
their fluted fingernails, their chiselled nose,
I saw the darkness at the elbow fold
and thought how languid is our English rose
with small proprieties and ill-brushed hair
that rises out of High Street underwear.

So India once again of summer heat,
dead animals and bustle in the street,
the scrawny, barefoot peddlers shouting wares,
and horse-drawn carriages, and crush of bikes;
the whining beggars working round in pairs,
and then that fragrant peace as evening strikes
a marbled dome or minaret with light,
the last of coloured daylight brings its care
across the wheat and paddy, shaded wells
with knots of villagers collected there
who take such talk as gossips tells
of pregnancies, of lawsuits won or lost,
the price of oil or what a sari cost.