Shuja Khan and his Toba princess are fictions rooted in historical fact. When the story opens in 1290 (690 A.H.), the Mongol conquests initiated by Genghiz Khan have been extended and consolidated by his extensive family. Iran and the Middle East are ruled by the Ilkhans, descendants of Genghiz’s grandson Hulegu. China is ruled by Genghiz’s grandson Qubilai (Coleridge’s Kubla Khan), founder of the Yuan Dynasty and nominally Great Khan (Qaghan). The northern part of central Asia is occupied by the Golden Horde, and the southern part by the Chaghatayids. Local wars are common, and neither the Golden Horde nor the Chaghatayids pay much attention to the far away Chinese ruler. 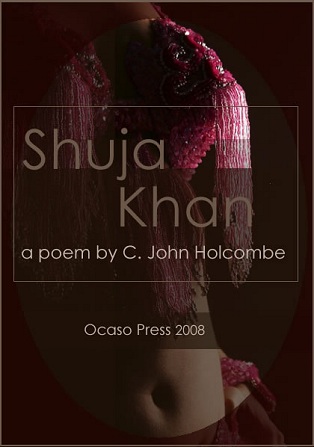 Despite such family quarrels, the Mongol innovations still hold firm — emblems of authority (paitze), teams of horsemen for government correspondence and intelligence (elchi) and election of new leaders at a tribal gathering (kuriltai).

Originally Shamanists (Tengris is the great spirit), the Mongols are attracted to Daoism with its search for eternal youth, but later convert to Islam in the west and Buddhism in the east.

Searches for spiritual enlightenment are not unusual in this period of upheaval, and Qubilai is following traditional practice in dispatching Chinese princesses to strengthen alliances with barbarian rulers (Marco Polo accompanied one such mission).

A poem in thirteen parts available as free ebook.

It is the year six-ninety of the Prophet
And thirty of Qubilai on the throne —
Who is weak, totters, would well be off it,
Set his death-name on the stone,

But thick and heavy as the mountain dew
Would burst the blood from the quriltai
Should Du'a attain it, or old Qaidu:
He knows that the crafty but weary Qubilai.

So they must bring me from riding at will
On the long green slopes of the great Tien Shan —
Wind-brushed from morning, unknown until
The clouds close over our allotted span.

Gap-toothed and jagged, peaks wind to the sky,
Upwards the valleys give way to snow.
The wind here is barbed, brings tears to the eye;
Sovereign and snowy the waters flow.

Around me gerfalcon and hawk: aloft and dive,
Day long we worked up the deep blue skies.
Here one feels open, at large and alive;
Blackness is deep beneath the eyes.

Why should I turn back, obey these commands?
Letters I had and in Argun's hand.
Remember, Great Prince, this is Qubilai's land:
This is the seal of his countermand.

My commission is simple, my lords: to gain
The secret incised in the viper's tooth.
Under the passes or over the plain
I seek for the Ilkhan eternal youth.

Yours is the will 'o the wisp then, Prince.
Too many have ridden this far in vain.
And if it be that words won't convince
You, Tunhuang is also our lord's domain

Where you may question the gray-bearded scholars
Bending their days over golden books:
Their thought comes afar as the spring's first swallows,
Intelligence wizened as their looks.

Within the cliffs of a thousand Buddhas
Beyond all error or disgrace,
All that is asked is as good as
Answered in this distant place.