Five cautionary tales: five lives in verse that unaccountably do not turn out as expected. In the first, William Bates, a brilliant classicist, looks back on the brief affair that remains etched in his mind. Was he a confirmed bachelor by choice anyway, or does he avoid marriage so as not to spoil that enchanting memory? We do not know, any more than Wayne Owsinski knows if his Vietnam War experiences made for solitary life afterwards. Was serving his country a fulfillment for him, or a poisoning of the mind, bending his character out of shape? Edward Tucker fought with the 'desert rats' in north Africa during W.W.II, but the murder of five German soldiers who had befriended him makes him doubt the official narrative of the Allies, and so his place in civilian life afterwards. 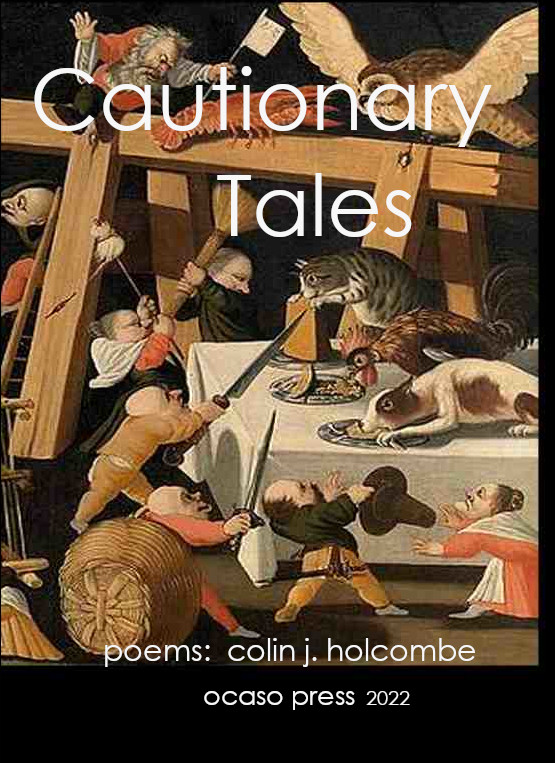 William Hoskins lectures in the humanities at a leading U.S. university, but a brief and casual affair with one his students makes him find all literature thereafter an escape from real life, as something all too obviously artificial, stultifying and unsatisfying.

As is, more seriously, his academic existence. Understanding comes with costs.

The final tale, of chief Anahu Davids, suggests what the indigenous peoples of the Americas have lost of their tribal inheritance, of feeling a stranger in their own country.

The salmon leaped for them, the waters pooled
with tench and carp, and to their net
came swaggering catfish and the evenings cooled
from tree-lined narrows into fretted jet.

In long, thin strips they grew their tasselled corn,
the women helping in the dusty fields:
so was dependence on the seasons born
and bred within them all that summer yields.

A sense of goodness in the wind and trees,
some otherwise with which they twinned,
a faint aurora in the passing breeze,
some voice that carried on the wind,

that reassured them they were not alone,
that those who went before them still reside
in stream and mountain, in the patterned stone,
the eagle with its talon-trailing stride.

Real truth was in the pith of things, the bite
of saddle tether and the tepee thread:
rough hides still held the animal’s delight
in unfenced grasslands, the heart that fed

on plains that lifted to the pine-clad hills,
the blur of contour, far sierra blue:
all that the heart holds, and, holding, stills
into the quintessential, always true.