Today's literary theory tends to emphasize certain aspects of literature, namely psychoanalytical analysis, political coercion, feminism, gender studies, post-colonial and black issues. Though these have made the study of literature more exciting, relevant and far ranging, today's theory has largly taken these aspects as self-evidently true, and worth not gathering evidence for. In contrast, this ebook looks for some independent veracity, that the aspects have an independant intellectual standing, and lead to acceptable evaluations of poems, articles and books. 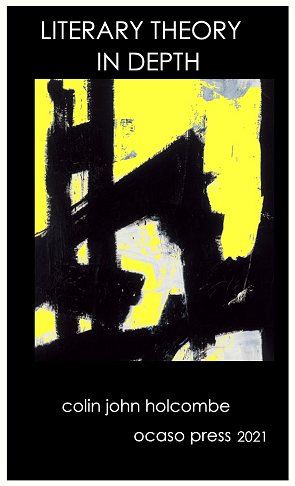 Written as 45 evaluative, jargon-free and largely self-contained chapters, this 170,000 word study surveys not only the theories of art and writing, but the larger picture suggested by linguistics, theories of meaning, and the concept of truth in science, literature, mathematics and logic.

Included therefore are brief summaries of Barthes, Derrida, Lacan and the like, but also those of the older philosophic tradition, making literary theory here a study that looks beyond the 'prison bars of language' to contemporary treatments of meaning, naming and reference, and how these may relate to brain functioning and the many other matters that have a tangential but important bearing on how we judge literature.

Theory tries to make literary evaluation more meaningful by examining the assumptions and values that underlie our reading of literary works. We ask not only how good or otherwise is the work, but what the text fundamentally means, and from what point of view. Did it always have that meaning, even centuries ago when it was written for a different audience? Can we find hidden readings in the work, perhaps even unknown to its author?

Is such armchair theorising, which may be rarefied in the extreme, really applicable to the workaday world? Yes, says literary theory, because everything we write or say, even our everyday conversation or the newspaper article we skim, has some unexamined attitude or argument threaded into it. At their most basic, sentences are ruled by grammar, which is a school-based discipline we must learn to make proper sense of the text. Sentences also adopt codes of behaviour: what we say in the witness box, or craft into the terms of a contract, is very different from the yarn we spin for friends. And even words themselves have expectations, tacit assumptions and histories of usage. 'First loosen crew-retaining devices A and B,' says the workshop manual. 'Our very democracy is at stake,' says the politician. Words are being used precisely or imprecisely for different purposes.

A Brief History of Literary Theory

Literary theory is not a unified, all-embracing theory but a complex assemblage of ideas reflecting a long history of enquiry.

I have tried to provide a clear and balanced account of matters that form the bedrock of critical theory, without evading proper assessment or obscuring the fundamental disagreements between authorities. Rather than blend viewpoints into a general perspective, I have generally thought it better to let the disagreements stand, though sometimes adding an explanation. The section on literature as money, for example, includes a critique of Marx from a mainstream, slightly-right-of-centre political perspective, while the 19th century social history of Britain is based on A.L. Morton's Marxist account. With a similar aim, a summary of Matt Ridley's optimistic neo-liberal outlook on the world is preceded by nine references to authors who have much darker view of mankind's future. Chapter 2 presents literary theory in action, and Chapter 3, by looking at relativism, introduces the more technical and philosophical aspects of the book.

A few topics are treated in some detail to help the researcher in specialist areas - logic, brain functioning, Islamic studies and political economy - but even these are only notes and summaries, i.e. pointers to extensive fields of study that will only come alive and seem persuasive if readers take the time to follow up the references and read further in books and web pages listed here.

Many twentieth-century literary movements boil down to very dubious notions, as they have over the centuries. Writers issue statements which are vague, wildly inconsistent and hardly followed through. Manifestos urge crusades to claim aesthetic new ground, which exists only through their own misunderstandings. Critics announce new associations of poets, who themselves deny such a movement exists. More vexing still is radical theory. Even if largely a tangled mass of assertions and misunderstandings of technicalities, it is still necessary reading. For all its deficiencies, theory can focus attention on what writers should be trying to do, act as a prophylactic against the false and stultifying, and open up disciplines that support writing and are fascinating in their own right. As simple introductions, I hope these pages will help readers navigate contested waters and select the areas most useful or congenial to them.

The work is closely referenced and divided into two ebooks.

Literary Theory: Volume One provides the text and references.