Osip Emilievich Mandelstam (1891-1938) was born in Warsaw but raised in St. Petersburg, Russia. His father was a prominent leather merchant and his mother a teacher of music. Mandelstam attended the renowned Tenishev School, and then studied at the Sorbonne, the University of Heidelberg, and the University of St. Petersburg, but left off studies to pursue a writing career. His first collection, Kamen, or Stone, appeared in 1913, when Symbolism was the dominant movement, but Mandelstam slowly moved to a more direct treatment of thoughts, feelings, and observations under the aegis of Acmeism. In 1922 his second book, Tristia, secured his reputation, and both it and Stone were released a year later in new editions.

Mandelstam initially supported the Revolution, but grew increasingly resistant to its political control of the arts, writing a great deal of essays and literary criticism in the twenties. In the following decade came the great purges, and Mandelstam, who had unwisely compared Stalin to a beetle in one of his poems, was arrested, twice exiled and finally met his death in one of the transit camps of the Gulag Archipelago. 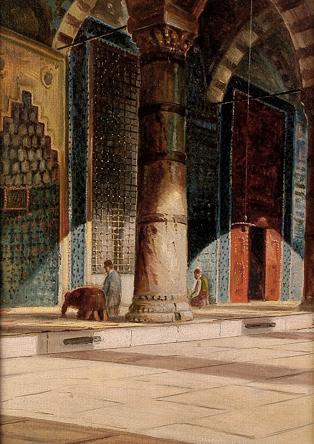 ‘While writing the poems of Tristia, famed for their classical clarity, their musical gorgeousness, and emotional immediacy, Mandelstam also wrote in parallel other poems marked by a step-change in the density of what Irina Semenko called his ‘poetic thought’. . . .

The musicality of that poetic line also changed radically in the 1930s, giving way to off-rhymes, repetition and irregular rhythms, sometimes jarring effects from the most musical of poets who, consistent with his dialectical nature, also at times aspired to escape reality and fashion pure poetry composed of its sounds and internal harmony.’ {5}

Many have seen Mandelstam as terrified of the Revolution, nostalgic of the old world and deeply opposed to the Soviet state, but he was in fact a Soviet writer committed to the transformation of society through socialism, a great reader of newspapers and as a member of the intelligentsia acutely aware of everyday issues. He published in SR papers and was regarded by many communists as one of their own. He was a member of the Moscow Professional Union of Writers until its dissolution in 1930. He was much in demand as a literary translator.

He appeared with Pasternak, Mayakovsky and Aseev in Moscow in 1923. He wrote over 200 reviews, translations and articles during the NEP, though remaining without political affiliation. Like most poets he was financially insecure, but nonetheless well regarded by the communists. Thought not finding country life agreeable, he generally supported the peasants, and spoke out against disastrous collectivization.{5}

The poem is in simple iambic pentameters, rhymed AbAb:

All four renderings on Ruverses are pleasing and successful, providing any new translation much to think about. I give the first stanza of each:

Aya Sophia — wondrous building planted
For God to judge the peoples and the kings!
Your dome, said one who saw it once, enchanted,
Suspended seems to be by heaven’s strings.

Hagia Sofia — here to stop and stare
The Lord has ordered people and the tsars!
Your dome, as an eyewitness once described it,
As if by chains is hanging from the stars.

Hagia Sophia, where the Lord ordained
that the emperors and nations should halt,
that dome of yours hangs on a chain
from the heavens, observers report.

Hagia Sophia, the Lord commanded
That nations and kings should stop here!
For your cupola, in the words of eye-witness,
As on a chain, is suspended from the heaven.

Mandelstam was an Acmeist {1-2} in this early poem, a movement that has no exact counterpart in the west, but could be called neorealist or neo-Parnassian. It was concerned with achieving an exact impression of the tangible world around, and expressing that world with crystalline and musical exactness. Aceism happily accepted the heritage of Symbolism, but renounced all mystical aims. {3}

Mandelstam’s poetry has an extraordinary sense of balance. The free association of ideas appears at times chaotic, but what remains above all is a feeling of harmony. He was a lyric poet to the marrow — but his most successful works form an important part of the objective reality of Russian history. The verbal fabric of his later work is intricate, like a mosaic, somes fragile, sometimes adamantine but always with a strong feeling fused with extreme inner refinement that often uses with simple colloquialism. {4}

Clearly our rendering must reflect these qualities, and use Mandelstam's technical language. Cupola is a rounded dome forming or adorning a roof or ceiling. Apse is a semicircular or polygonal termination to the choir, chancel, or aisle of a church. secular or ecclesiastical building. Exhedra is a room, portico, or arcade with a bench or seats where people may converse. Pendative is a curved triangle of vaulting formed by the intersection of a dome with its supporting arches.

We have to write in a style that reflects the original, i.e. impersonal and precisely cognizant of the hard realities of life.

So you here stay, Hagia Sophia, where
the Lord will judge the nations and their kings.
That dome is yours, the witness will declare,
as on a chain hung down from heavenly things.

The years thereafter were Justinian
in using gods' own goods as foreign loan,
Diane of Ephesus the origin
of one o seven green piles of pillared stone.

What was the builder thinking of, who laid
out apses and exedra thus? Blessed
the mind and spirit that are here arrayed
in features pointing east and west?

Beautiful is the land that's bathed in peace:
and forty windows celebrate that light,
as on the pendatives, in dome's vast lease,
four Archangels beautify the sight.

So will the building in its wise beliefs
outlast whatever centuries and people found.
Nor will the Seraphim's deep-sounding griefs
detach dark gilding from the walls around.

1. Analysis of the poem by Aya-Sofia Mandelstam. Short article in Russian.